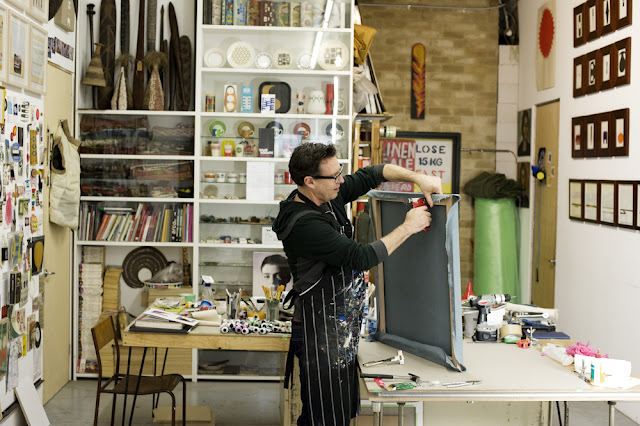 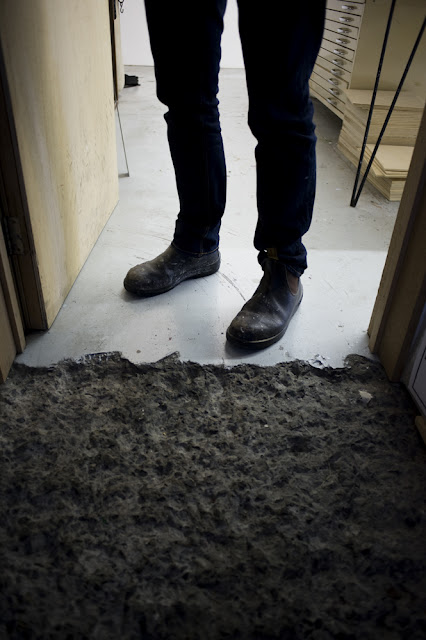 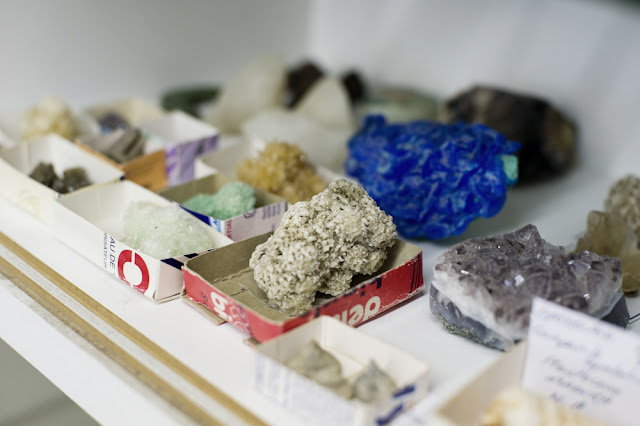 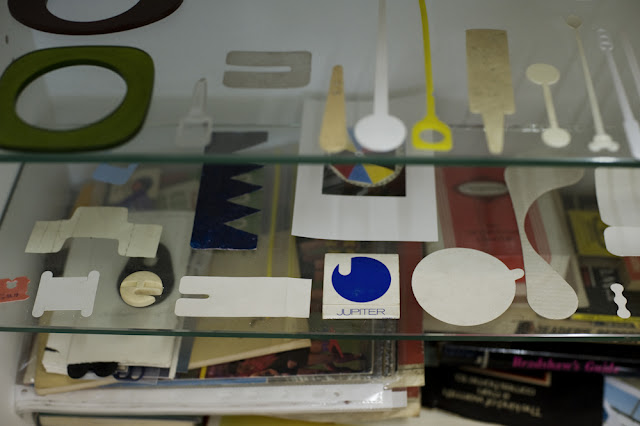 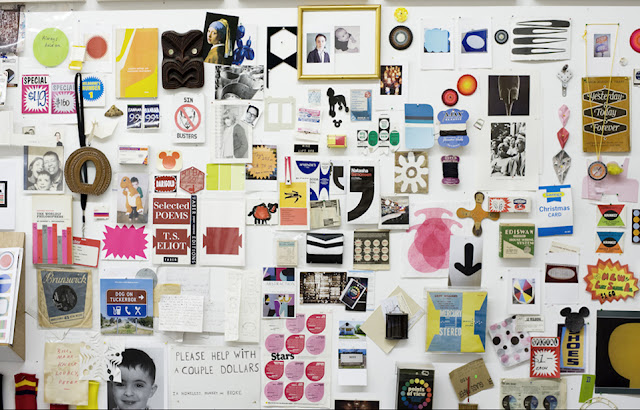 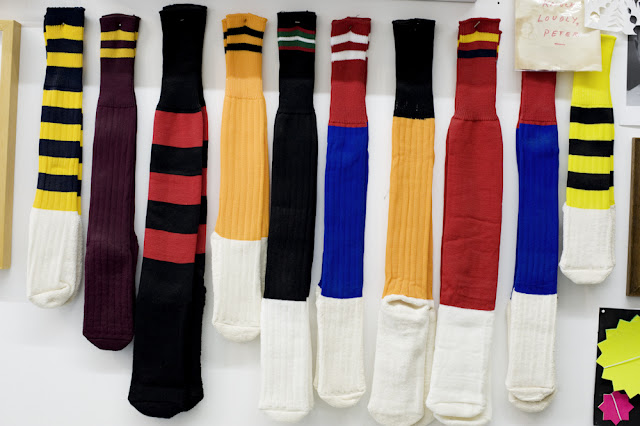 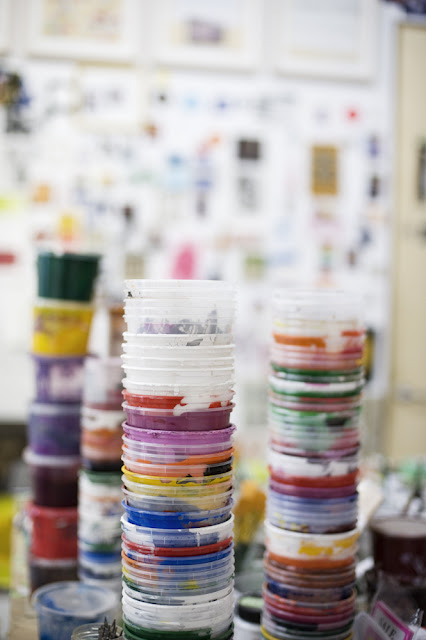 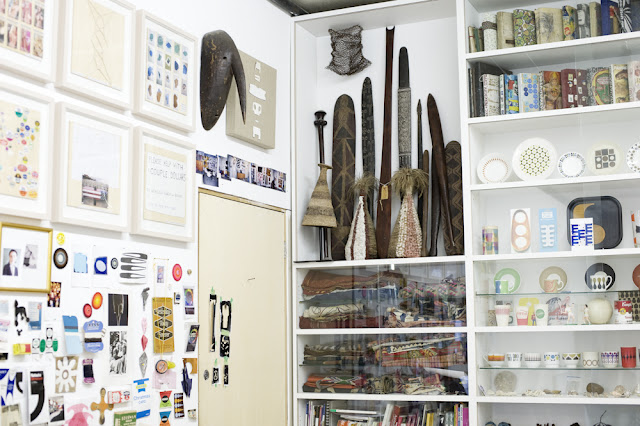 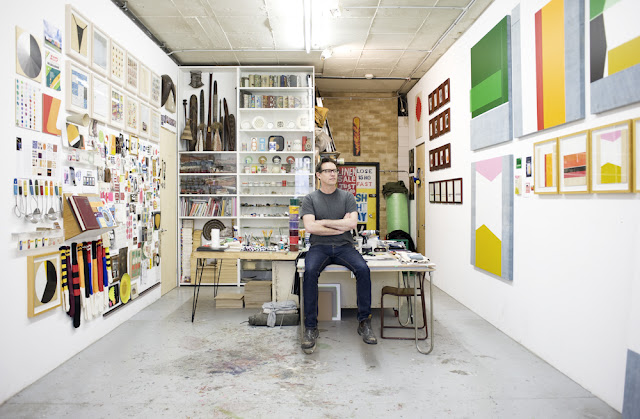 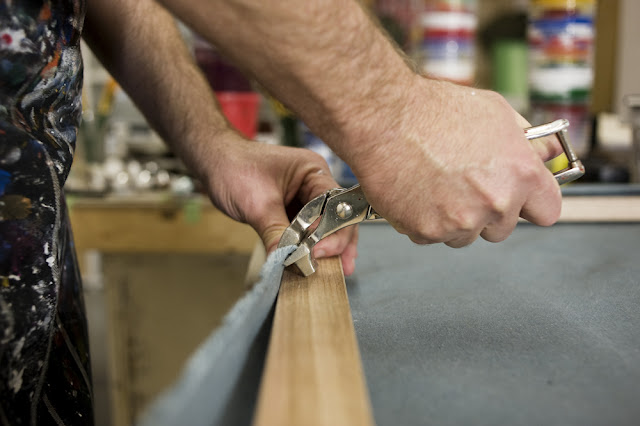 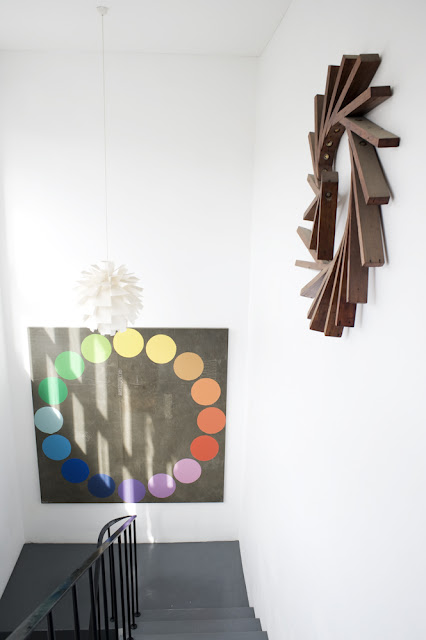 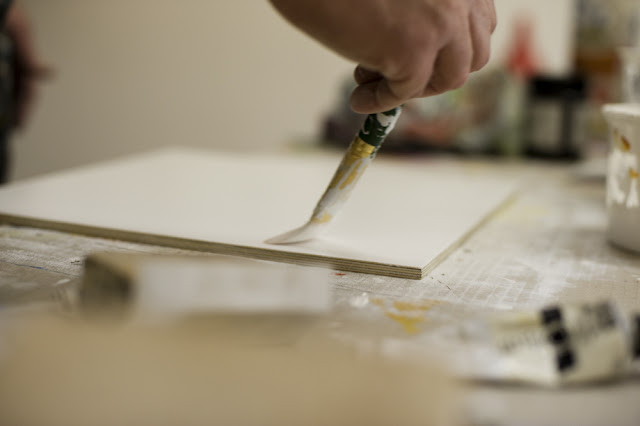 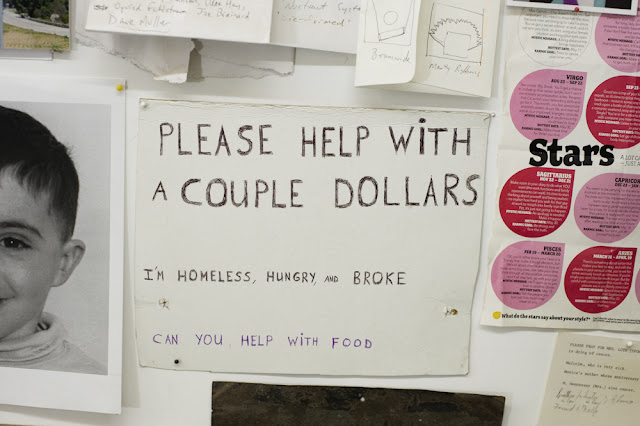 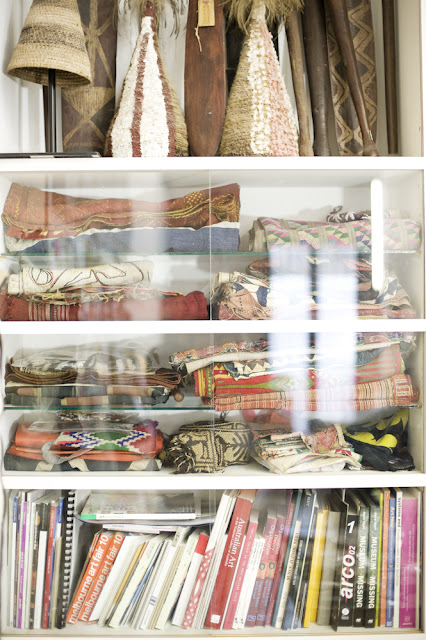 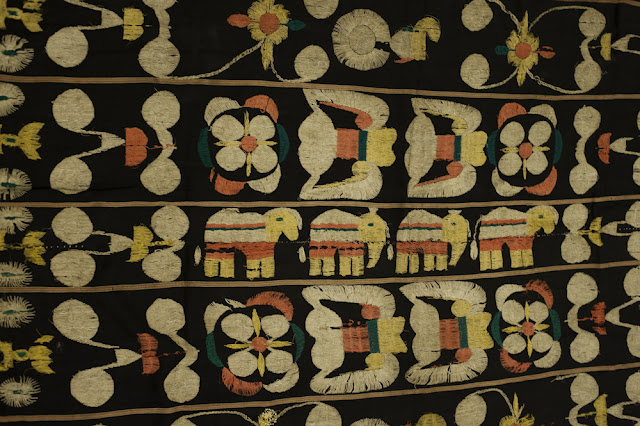 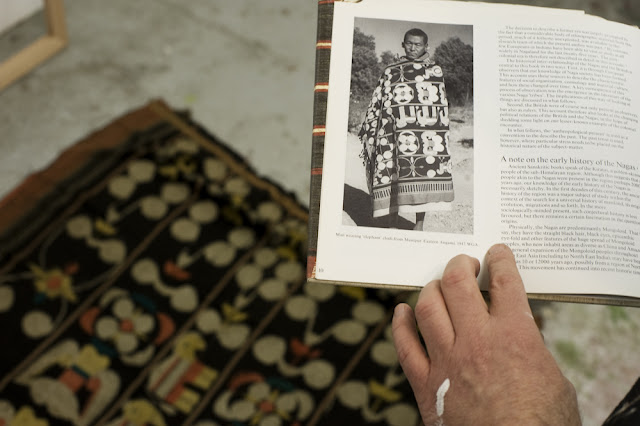 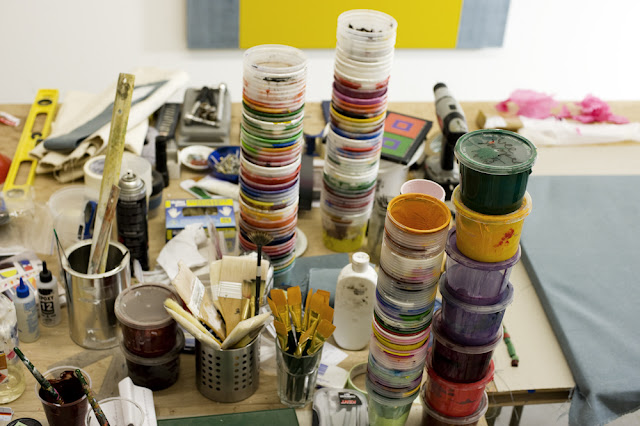 Jake Walker: How long have you been working in this space?
Peter Atkins: We moved in here in 1999 after moving from Sydney. My partner (sculptor Dana Harris) and I along with our young son were looking for a large enough space where we could both live and work. It was just a shell then but it had all the original amenities, including toilets and a kitchen. This meant that we could move straight in and make it habitable. The factory was originally built for an engineering company in 1959. It is a three storey blonde brick structure with double hung ceramic bricks at the entrance above which sits an enormous classic modernist window wall designed for Stegbar in 1958 by Robin Boyd. We are on the border of Brunswick, Parkville and North Carlton. It is a fantastic location to live and work.
JW: You clearly have a real passion for collecting, could you tell me about some of your collections?
PA:  My work revolves around the idea of collecting and collating found material. The building itself is set up as a giant archive to house the many different collections of objects….some make it into my work while others are collected out of curiosity or for future possibilities with my work. Some are on display and others are kept in the large separate storage area. We have collections in various stages of development…some abandoned and others I’m still working on. These range from the worthless but beautiful such as plastic beaded shopping bags (the kind nanna used to make),used condom packets, empty drug bags, confetti from weddings, football socks, train tickets, kitchen utensils, plates with patterns, minerals, fossils, Carnival glass, Mills and Boon novels to museum pieces of early Australian furniture and Industrial Design post WW2 including pieces by Douglas Snelling, Roger Mclay, Michael Hirst and Robert Doube. I have also been collecting Melaneasian artifacts for more than twenty five years and we also have an extensive collection of tribal textiles collected over many years of travels through Asia, the Middle East, North and South America.  We have also focused heavily since moving to Melbourne on collecting Clement Meadmores furniture, industrial design and artwork.
JW: Readymade abstraction seems to be at the core of your practice, could you explain the process a little please?
PA:  I paint existing abstract forms that are collected, found or photographed in my immediate environment, as a kind of personal documentation of things seen and experienced. I am interested in the cultural and collective associations of particular forms or groups of forms that can trigger memory, nostalgia  or a shared history of past experiences.  The stripes from the sides of caravans, highway signage, book and record covers, advertising and packaging, sale signs, patterns on textiles/quilts…. etc. I see my practice as an amalgamation of Modernisms colour theory, reductivism and pure form, Pop Arts relationship to the experience of the everyday, Conceptual Arts existential philosophy of the self and identity in society as well as Post Modernisms appropriation of all that has gone before.  The practice as a whole is a kind of art based metatheory.
JW:  What upcoming shows/projects  do you have on the calendar?
PA:  I am currently working on my next exhibition for Tolarno Galleries in Melbourne for 2012. The reference forms for this new series of 26 paintings come from a group of forms I owned as a 12 year old…..stay tuned!
Peter Atkins is represented by: